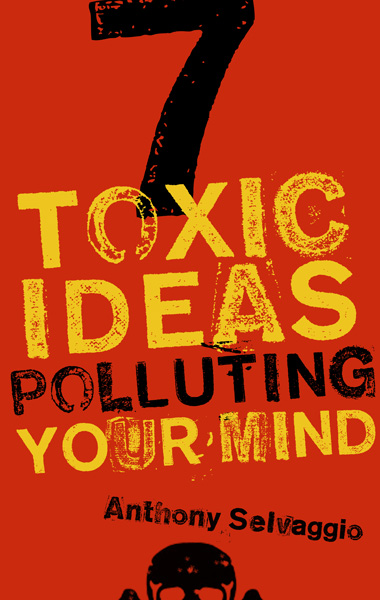 Ideas are powerful and they have consequences, says Anthony Selvaggio as he warns about seven ideas that threaten the church today. His concern is that Christians may think they can avoid worldliness simply by watching over their actions. He warns that Satan can also use what he calls "toxic" ideas to influence us to adopt an unbiblical worldview and ultimately idolatry. The seven toxic ideas that he discusses are technopoly, neophilia, egalitarianism, individualism, materialism, consumerism, and relativism.

The strength of this book is Selvaggio's thoughtful reflection on these ideas. He presents a searing challenge to many current trends in modern Western thinking. For example, in considering technopoly, which he defines as the "deification of technology," he exposes many problems associated with the undiscerning embracing of technology. He describes how people can become disengaged, distracted, and virtually disembodied through technology—something that most have either experienced themselves or witnessed in others. Such cautions need to be heard and considered.

However, Selvaggio's criticisms often seem overstated and opposing viewpoints often seem oversimplified. For instance, he repeatedly states that technology can cause a loss of community. Yet advocates of such technology regularly speak of online communities. Clearly, this is a different form of community than what Selvaggio desires, but it is still a form of community. There can be healthy debate over the value of such online communities, but to dismiss them entirely as not community sounds like cultural bias.

It is imperative, when critiquing social trends, to distinguish between different cultural values and what are actually sinful idolatries. When Selvaggio criticizes relativism, all Christians should agree in light of the Bible's affirmation of absolute truth. Yet when he points to cyber gossip as symptomatic of the deification of technology, it should be noted that gossip existed prior to the Internet. Sinful people will tend to gossip, whether they have a computer or not. Many of Selvaggio's concerns with technology are just age-old sins expressed in ways unique to this new medium. The root of the matter is deeper than a worship of technology; it starts in the heart with the struggles of sin that people have had since the Fall. Selvaggio should have given closer attention to these considerations.