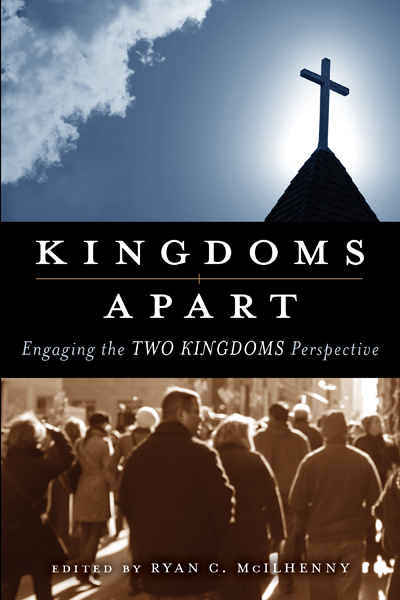 In the midst of the current debate about two-kingdom theology (2KT), this book comes as a welcomed counterpoint. If we were to set up a spectrum of the views in the Reformed world on the relation between Christ and culture, 2KT would be on one end and "neo-Calvinism" on the other. This book seeks to defend that other end.

Briefly, the book is a compilation of articles written by various pastors and theologians who critique 2KT and commend neo-Calvinism. The editor, Ryan McIlhenny, does a fine job of outlining the basic tenets of neo-Calvinism. The spirit of the book is that we should understand creation to be "'judged and redeemed' rather than 'Two Kingdoms in tension or conflict'" (p. xi). This introduction is followed by a section on 2KT in the history of theology, along with other studies that are theological and exegetical in nature. All told, the reader is left with a richer understanding of neo-Calvinism, despite the fact that the articles seem to disagree at points (e.g., was Kuyper a 1K or 2K proponent?).

While reading this book, I have often found myself both cheering and jeering, often within the space of the same paragraph. On the one hand, the book points up some key weaknesses in 2KT. I do believe that 2KT—at least in some of the writings of its proponents—allows for the unbeliever to think rightly without the aid of special revelation and thus autonomously. On the other hand, the book did not convince me of the neo-Calvinist thesis that it is a moral imperative for Christians to renew nature (p. xxiv). If Van Til is correct that "the regeneration of all things must now be a gift before it can become a task," I am unsure how it is part and parcel of the church's given task to redeem culture. That it is a biblical mandate is a thesis that I believe still remains unproved. And if it is not proved from Scripture, it runs the risk of binding the conscience of the believer with the traditions of men, rather than the commandments of God.

It is quite telling to me that, while Van Til does make several cameo appearances in the volume, Vos is apparently absent. Furthermore, Kline barely makes it in at all, with only a single reference. In my opinion, these three men, when read properly, provide us with both the epistemological and the biblical-theological resources needed to navigate the difficult issues of Christ and culture, church and state, and special and general revelation.

The book, my reservations notwithstanding, is one I would heartily recommend for anyone who is interested in the current discussions about 2KT. This volume sets forth a robust case against 2KT and for neo-Calvinism.