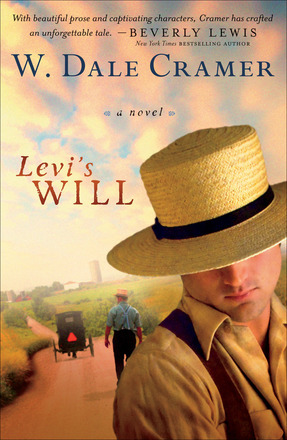 Novels are for women, either young or old. Christian novels are for evangelical women. Biographies, theological tomes, political analyses, and how-to-do books are for men, macho men. So I thought for a long time, at least until my good wife suggested that I read Levi's Will. She was persuasive, and I had nothing else pressing, so I dug in. Revelation! This guy is good—I mean, really good. Cramer is a relatively unknown author who produced his first novel in 2004. Levi's Will is his second, but not his last. I have just finished the sixth one he has written, and I am ready to embark on number seven.

Levi's Will is set in the Amish communities of Ohio in the 1940s. It tells the story of a young man who runs away from his Amish home, takes his little brother along, rejects the Amish lifestyle, and then endures the banning that literally separates him from his family and his religious community. It ends some forty years later with the funeral of Will's father, who has stubbornly held to his sacred Amish traditions. The story is powerful, gripping, and very well told.

Cramer, in my estimation, is an outstanding Christian writer, whose books ought to be in every church library. He grew up Amish himself, so knows the tradition with crystal clarity, but he also knows its faults and its foibles. Cramer builds a network of story lines, all pointing to a surprising climax and permeated subtly with biblical truths, yet never ostentatious or repugnant. The net result is a clear insight into Amish life and theology, without ever bashing them or demonstrating superiority to them.

Levi's Will is followed by a three-part series (The Daughters of Caleb Bender) depicting an earlier move of Amish families to Mexico in order to escape the persecution they experienced in Ohio during the 1920s. That opens a window into American history that is unknown to most of us. His other novels are set in the South, focusing on Georgia, presenting poignant pictures of life that sometimes bring great joy and sometimes delightful laughter.