God in the Whirlwind: How the Holy-love of God Reorients Our World 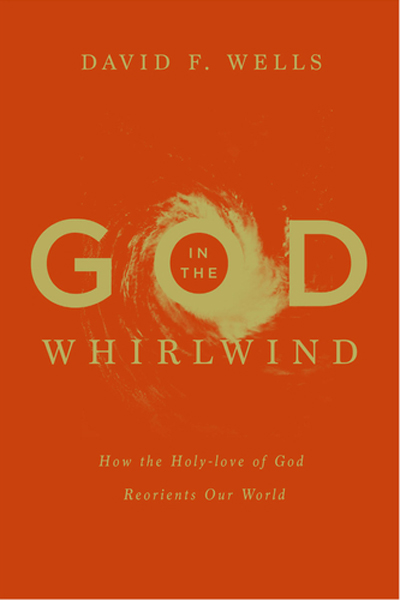 God in the Whirlwind: How the Holy-love of God Reorients Our World

David Wells has written books on the person of Christ, the work of the Holy Spirit, conversion, and Vatican II theology, but he is best known for his studies on the modern cultural accommodation of American evangelicalism (or, as he puts it, "the loss of the church's theological character"). There were five of these, beginning in 1993 with No Place for Truth and finishing in 2008 with The Courage to Be Protestant. Some felt that while Wells rightly dissected the demise of orthodoxy in thought and practice, he failed to offer a corrective. God in the Whirlwind responds to that criticism by providing a prescription for a church whose vision has dimmed.

As theology reads go, this is a good one. Wells writes beautifully, and the book is warm and devotional. The reader is in the hands of a sharp and precise mind (Wells originally trained as an architect) wedded to a heart filled with love for Christ and his church. While this is a page-turner for the lover of God, be warned: there are over seven hundred Scripture references, some involving close looks at text and context.

What is Wells's prescription? It is a God-centered life ("We have become preoccupied with the horizontal"). If the church is to be "the outpost of eternity in this wounded world," then we Christians must cease from cultural conformity and distraction ("Our minds are choked"). Instead, we should be "carving out space for ourselves in which we can daily attend to God's Word, to study it, mark it, learn it, and inwardly digest its truth."

Wells's method is to consider God's perfections as a duality: holiness and love—or, as he puts it, God's "holy-love." Holiness is "that righteousness that will one day sweep the universe clean." Wells laments that evangelicals have slipped into seeing the world from a psychological or therapeutic—rather than a moral—perspective. On the other hand, God's love keeps the church from lapsing into legalism, "the accountant's old ledger book." So while love "unhitched from holiness … becomes benign, culturally at home, racy, politically correct, and endlessly tolerant," holiness without love can result in "an unwillingness to fully accept God's grace" and a self-assurance that "parts company with mercy, kindness, and forbearance." After carefully defending his thesis by looking at redemptive history and then the doctrine of justification ("a sight too glorious"), Wells applies his remedy to the Christian's life (we are to live in this culture as "outposts of the age to come"), worship ("an expression of the worth of God"), and service (a life that is "Christ-centered not self-centered").

It would be easy to think that the book lends itself to gloating by those outside of mainstream evangelicalism. Not so. Wells is clearly grieving, not gloating.