Transforming Homosexuality: What the Bible Says about Sexual Orientation and Change 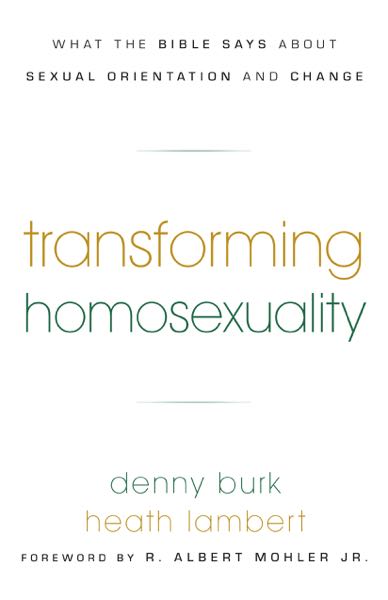 Transforming Homosexuality: What the Bible Says about Sexual Orientation and Change

Since the great majority of Christian books on homosexuality tackle the topic of homosexual behavior, this book fills an important gap by treating the ethics of same-sex attraction and how the church can minister to Christians who struggle with it. The authors accomplish these two goals admirably as they divide the book into two parts, consisting of two chapters in Part I and three chapters in Part II.

In Part I, the authors carefully argue that homosexual desire, not simply homosexual behavior, is sinful. This is a needed contribution to the current discussion in the church because there is a growing number of orthodox Christians who believe that the Bible does not reject homosexual attraction per se, but only homosexual behavior. The authors offer clear biblical evidence that desire can, in and of itself, be sinful, particularly if the object of one’s desire is forbidden.

Another interesting topic is the difference between Jesus’ temptations and ours. Although the authors recognize that it is not necessarily sinful to be tempted (since that would implicate Jesus in sin), they do brilliantly argue, on the basis of James 1:13–15, that temptation to sin that arises from our own sinful nature is itself sinful. This intersects with the topic of same-sex desire, in that such desire originates from within, not without.

Part II boldly, yet compassionately, sets forth biblical strategies to help those who struggle with same-sex attraction change. In chapter 3, the authors address five popular myths. Perhaps the most harmful and persistent myth perpetuated by Christians is that the goal of change is heterosexual desire. This, the authors argue, is the goal of a dangerous, secular therapy that is embraced by many Christians, called “reparative therapy.” The authors are quick to point out that the Bible never portrays heterosexuality in general to be good, but rather heterosexuality within the confines of marriage. In the authors’ own words: “What the Bible commands, therefore, is not heterosexuality, but holiness” (p. 75).

Chapters 4 and 5 address repentance as the biblical path to change and the church as the place where such change can take place. It is also at this point in the book that one realizes that much more work needs to be done by thoughtful Christian therapists, psychologists, and psychiatrists to help us better understand the person struggling with same-sex attraction. With little help being offered by secular psychology on this front, Christian professionals need to think carefully about how best to aid Christians who struggle with same-sex attraction. Burk and Lambert give us a good start, but it is not enough. Work needs to be done on biological, psychological, and sociological contributions to same-sex attraction, all the while holding to the sinfulness of not just homosexual behavior, but homosexual desire as well. Repentance and ministry are greatly aided by understanding.