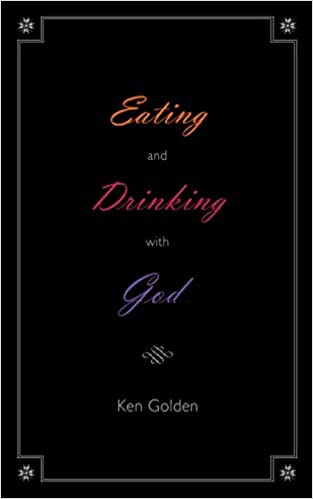 Reviewed by: Ken B. Montgomery

John Calvin wrote the dedication of his commentary on the book of Romans to Simon Grynaeus from Strasbourg in 1539, and he remarked in the opening sentence, “we both thought that the chief excellency of an expounder consists in lucid brevity.” Pastor Ken Golden lives up to this standard of presenting biblical teaching in a clear and succinct way. His book took me about an hour to read, and much good and fertile ground was covered in his treatment of the theology and practice of the Lord’s Supper.

In the first “course,” Golden surveys the Old Testament adumbrations of the sacrament of Communion. Bread and wine were brought to Abraham by Melchizedek, a rather mysterious priestly-king figure, who also pronounced a benediction upon the patriarch. Golden sees this as a foreshadowing of the high priestly ministry of Christ (Heb. 7:17), who also “blessed his disciples in the context of a meal.” Golden asserts that Jesus “continues to bless his people (Abraham’s descendants by faith) through word and sacrament” (3).

Golden also helpfully explicates Paul’s instructions in 1 Corinthians 10 to flee the table of idolatry and demons, with a warning from the wilderness generation in Exodus 32: “they craved a different kind of food and drink, and became malnourished on idolatry” (8).

Chapter 2 surveys the various understandings of the sacrament by the Roman Catholic, Lutheran, and Reformed churches. This is a useful (if brief) overview of the various major perspectives found within the Western church. Curiously, Golden does not cite any substantial portions of the Reformed Confessions with respect to the question of how the presence of Christ should be understood in relation to the Lord’s Supper.

The remainder of Eating and Drinking covers topics such as church membership and participation in Communion, the frequency of celebration (Golden argues for weekly administration), the kind of bread that should be used, the biblical meaning of “wine,” who is authorized to oversee the administration (ordained ministers of the Word), and the Supper as an anticipation of the Wedding Supper in the age to come.

The appendices include brief discussions of “Supper or Sacrifice?” and the question of children and the Lord’s Supper. In the latter, Golden would have done well to point to recent publications by Guy Waters and Ligon Duncan and by Cornelis Venema addressing the topic of paedocommunion. Given current discussions in some quarters of the Reformed world, it would have been helpful if the author had also weighed in on the intinction debate (intinction is the practice of dipping the bread into the wine and then partaking of the elements at the same time).

This would be an excellent book to share with any who are new to the Reformed church. Without using jargon, Golden lays out the basics of the scriptural teaching regarding the Lord’s Supper and of its proper communal (ecclesial) celebration in the regular worship of God’s people. The Lord himself is the host, and we the guests: can there be any joy like that of sitting at the table of his kingdom?