Justification by Grace through Faith 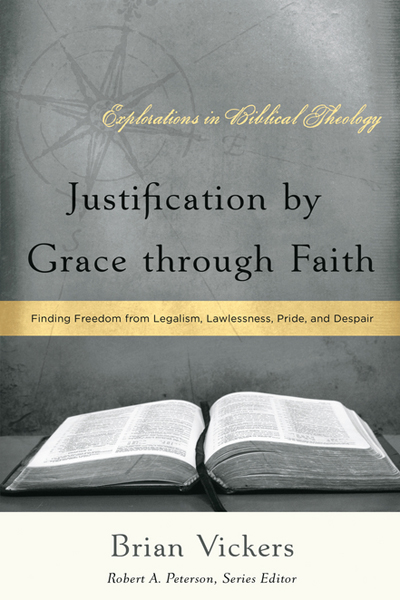 Justification by Grace through Faith

Since this book is in a series named Explorations in Biblical Theology, I was anticipating a treatment of justification related to its unfolding revelation in Scripture. Equally promising was the statement that each book in the series seeks to be solidly Reformed (p. ix). Happily, the book is Reformed; disappointingly, it does not advance very far with biblical theology. Instead, the book is more a summary of the Reformed doctrine of justification based on the exposition of several biblical passages and themes—an exploration of theology that is biblical. To be fair, the author reads those passages and themes in the context of Scripture as a whole, but this does not take him much further than the Old Testament as leading to Christ and Christ as the second and last Adam.

This is especially frustrating since the book's stated goal is "to trace the basic contours of justification in the Bible from Adam to Abraham, through Israel, and into the New Testament" (p. 4). Although the author acknowledges "pre-redemptive Eschatology" (p. 13), he does not attempt to define justification in its light. Accordingly, the author does not take full advantage of his own intention—never considering, for example, that Adam before the fall lived not only in the hope of eternal life, but also in the hope of the judgment through which one enters into that life, namely justification.

Similarly disappointing is chapter 5 on the giving of the law to Israel. Here the author considers only the relationship of the law to Israel as fallen in Adam, but never to Israel as a type of the one to come. Perhaps this is why the author has almost nothing to say about the exile. Chapter 6 defines the righteousness of God and the relationship of justification to union with Christ. The author's limiting of that union to its forensic aspect (p. 134) is not the understanding of our standards (see LC 69), and it results in a torturous explanation of 1 Corinthians 1:30 (pp. 137–39). However, his argument against Romans 2:13 being hypothetical is persuasive (pp. 154–58), and his conclusion that our justification in the present is the same justification that will be declared publicly in the future at the resurrection and judgment (p. 158) had me cheering.

Strangely, the author cautions against the use of certain words and phrases, specifically "probation" (p. 15), "the active and passive obedience of Christ" (p. 39), and "mere" (pp. 81–82), on account of popular misunderstanding. Why that does not lead him to object to the use of other popularly misunderstood words, such as "imputation," remains a mystery.

As a summary of certain biblical passages and themes central to the Reformed doctrine of justification, this book is commendable. As a biblical-theological perspective on justification, a better book waits to be written.